Well, what a nice surprise. As the latest “Karma” winner, I had not an inkling of an idea what to expect from our resident WIS and fearless leader JAS - and to be honest, he sent the whole booty at me. I remember he wrote that it “might be quartz, auto, straps,” etc. Well, he actually sent all of those things. Really cool, sir, and a whole lot of fun is in the offing. Tell you what – I’m gonna wear these, and the straps are beyond great. As you all know, you can never have enough straps and you never know when you’re gonna need one.

Despite my raging screeds about TV watches, I find nothing wrong with inexpensive watches at all – and JAS’s gift has a lot of intriguing stuff.

Here’s a mesh-braceleted Timex with Indiglo what’s patterned like a classic Casio.

Here’s one of Wing Liang’s classic creations – an Aragon quartz diver that’s one of the models he actually carried over from the old Android days. There’s a couple of Aragon steel bracelets as well.

Here’s an Invicta Lupah Triumph Chronograph, which I assume is from the Jim Skelton/Charla Rines days based on its four-digit model number. An intriguing design that takes cues from everything from Gerald Genta to Stauer, all at the same time.

Here’s a mesh-braceleted Pulsar dive-styled watch. I used to own six Pulsars that I rotated to wear to work each day decades ago. This one I’m really gonna enjoy.

Here’s a Fossil watch which appears to be brand new in the box, with a dive style and hang tags still attached.

Here’s an Adee Kaye, and I haven’t even thought of Adee Kaye since the days of Shawn Wilsie at 3 am.

Here’s a Hush Puppies! MEGA intriguing! Now, don’t laugh – Hush Puppies’ watch division used to display at Baselworld every year. I’m not kidding; the brand was out there swinging for the longest time. This watch has a Japanese auto movement and, tell ya what – the styling is a bit of all right. Surprises!

And here’s a bunch o’ straps, which makes the whole thing great from there I sit. There’s new rubber (the Barton strap is definitely gonna get used soon) and NATOs. Just great.

Plus, the well-packed box actually came a day earlier than the tracking said it would, and JAS was given a hard time at his local Post Office who for some reason had trepidation about my address. So poor JAS had to go to the PO at least twice in order to send me the Karma gift. I mean, that’s above and beyond the call of duty, don’t you think?

So I fire off this post with much admiration to JAS for yet another great giveaway. How cool is this guy?

Some fired-off glimpses follow. There is no better gift than watches. Thanks again. 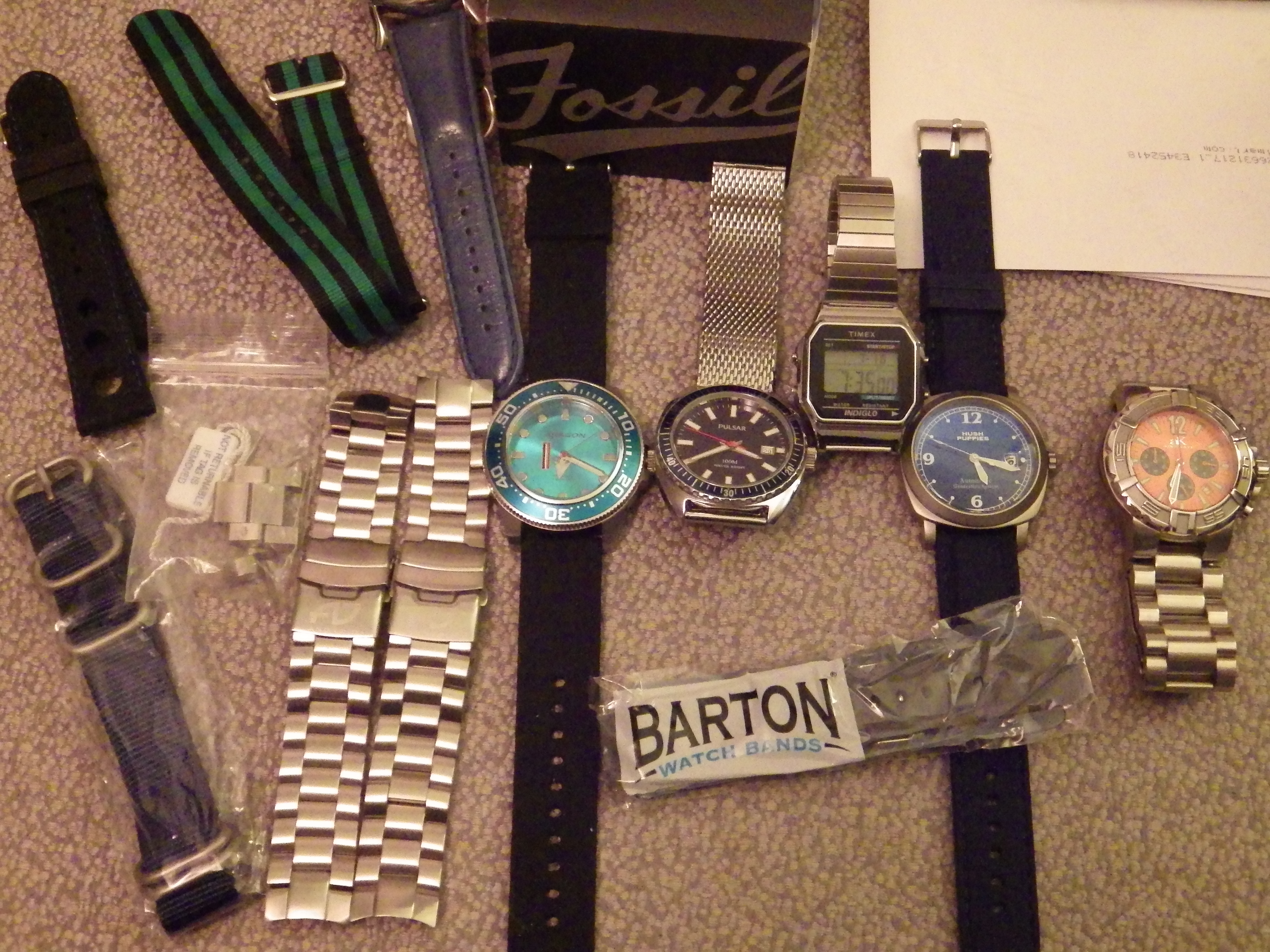 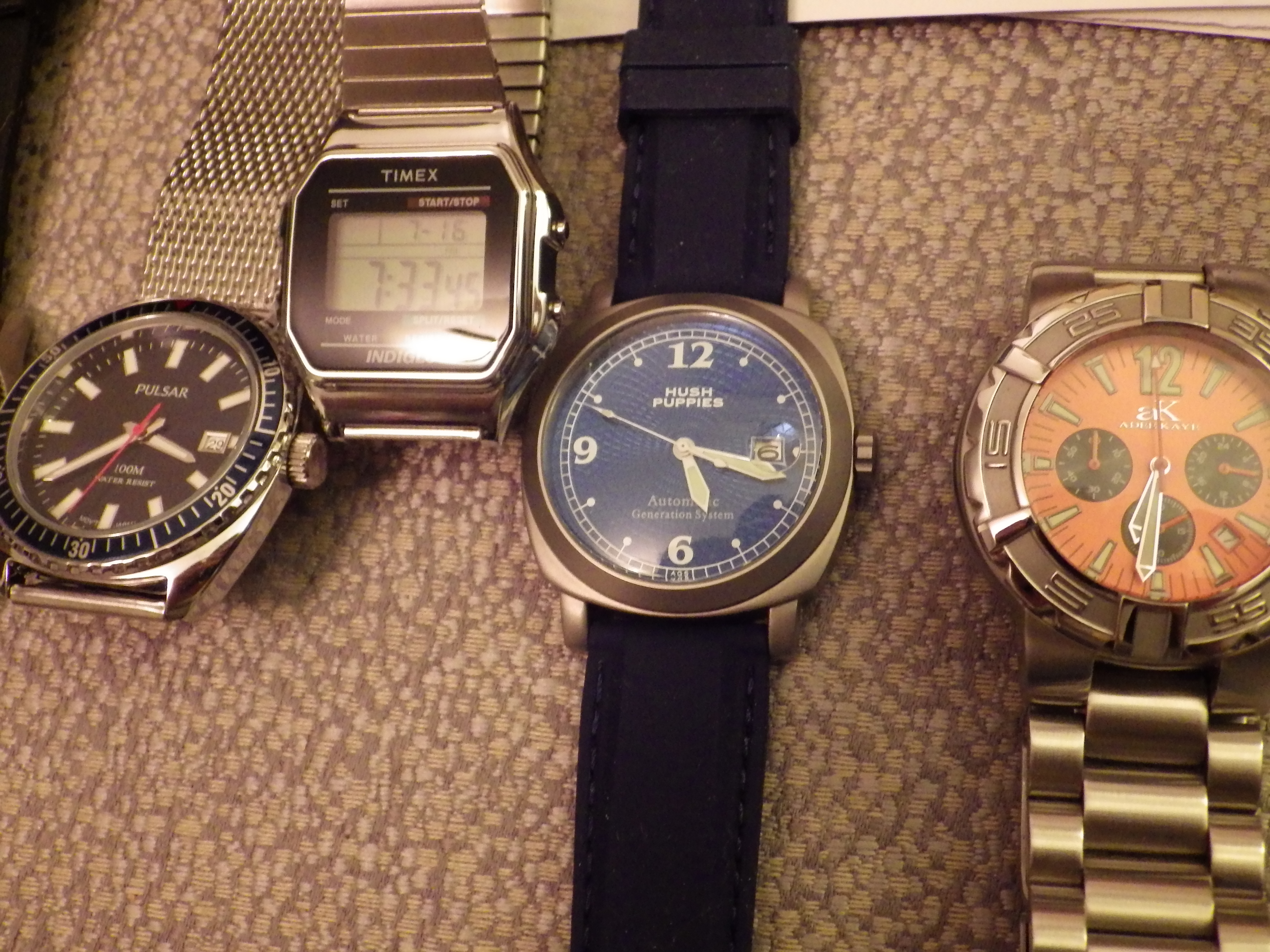 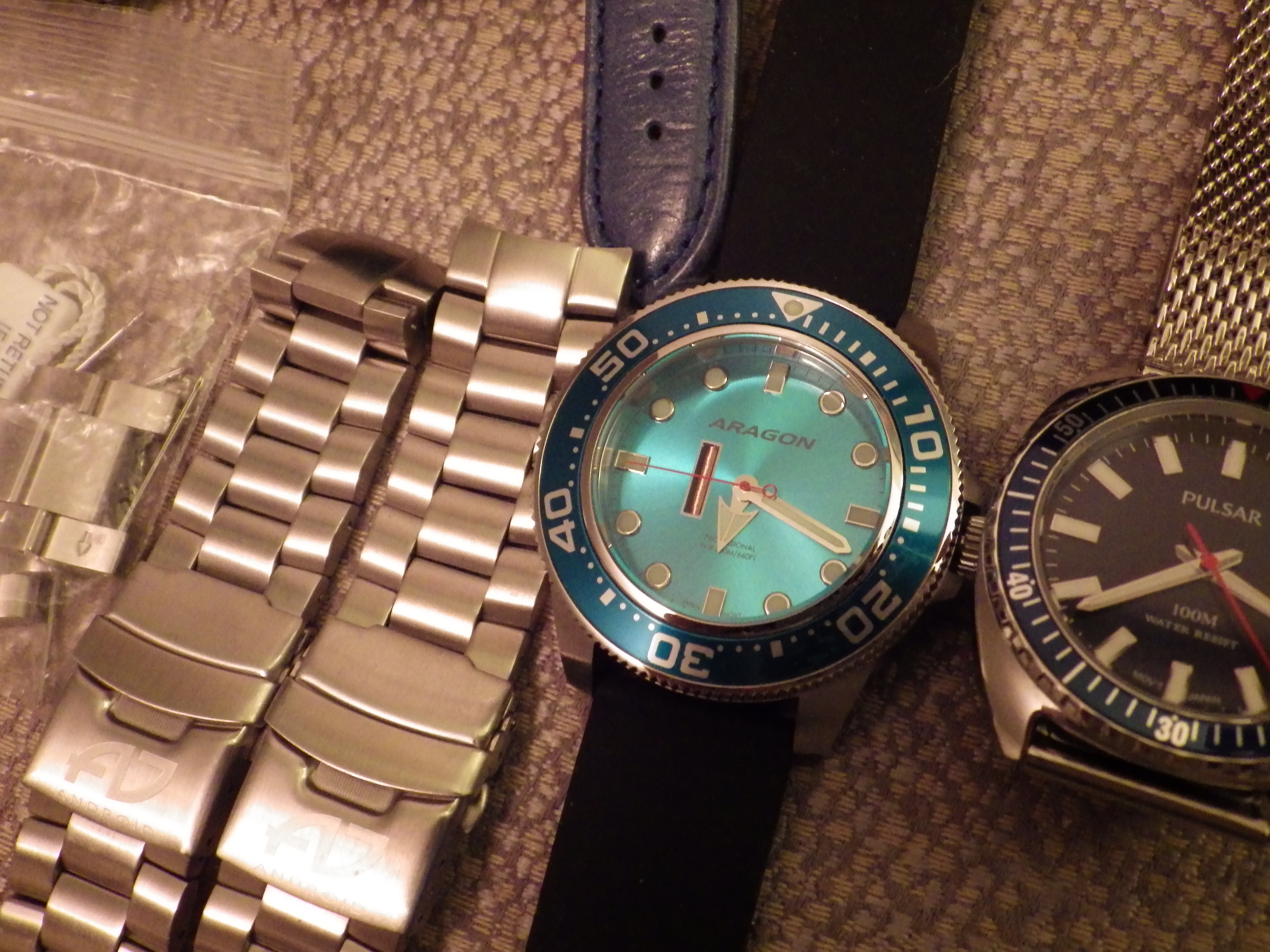 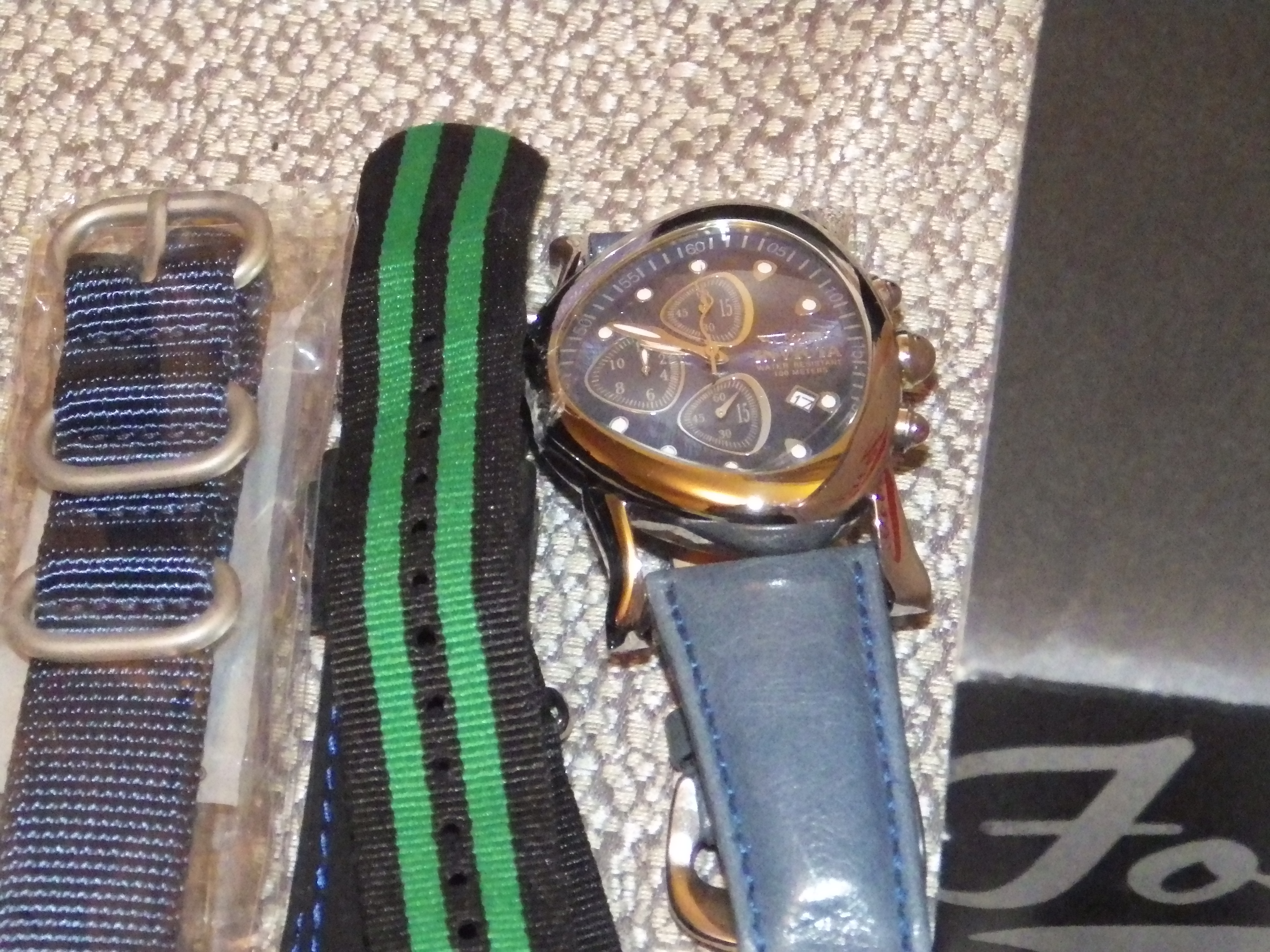 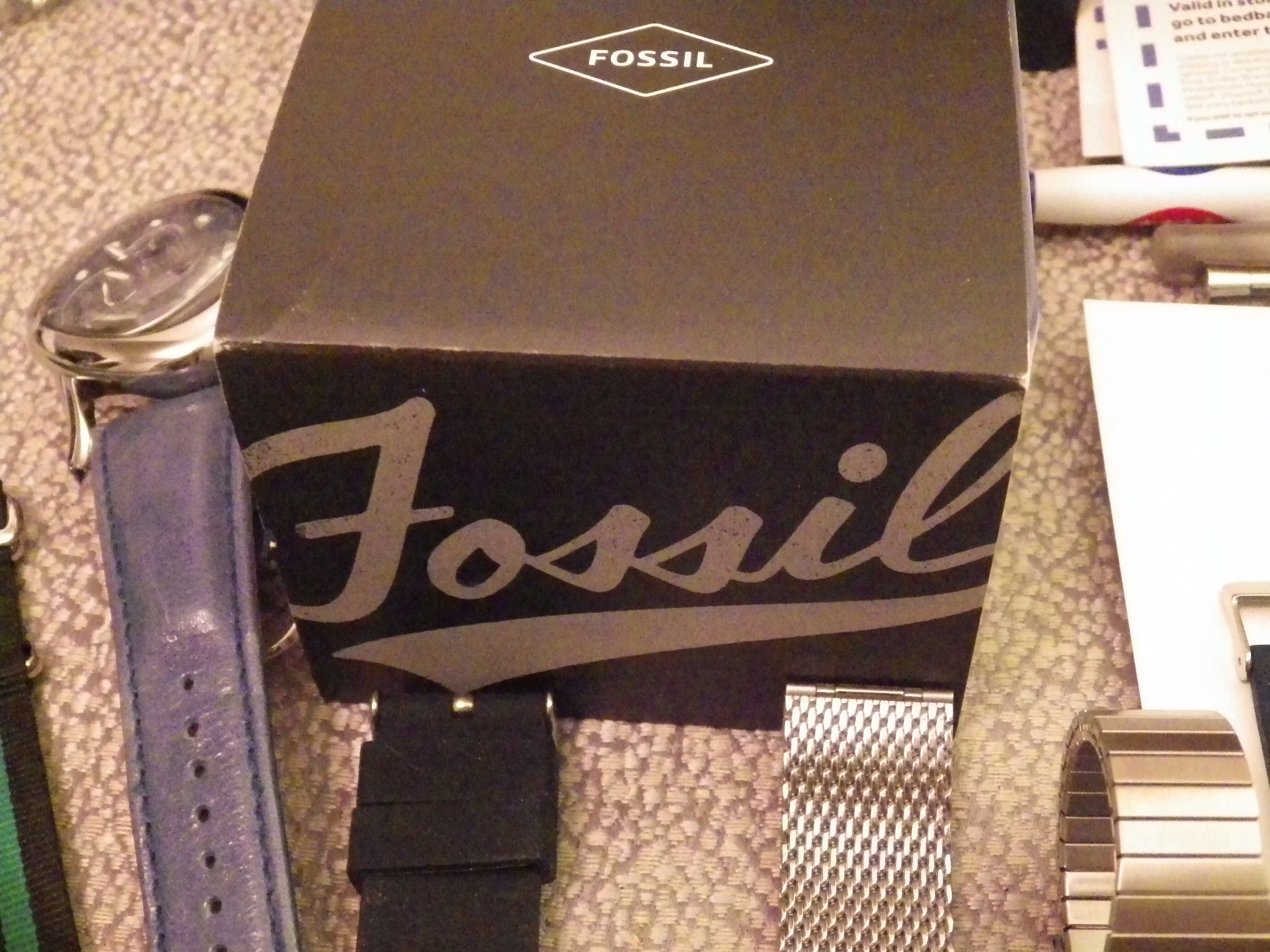 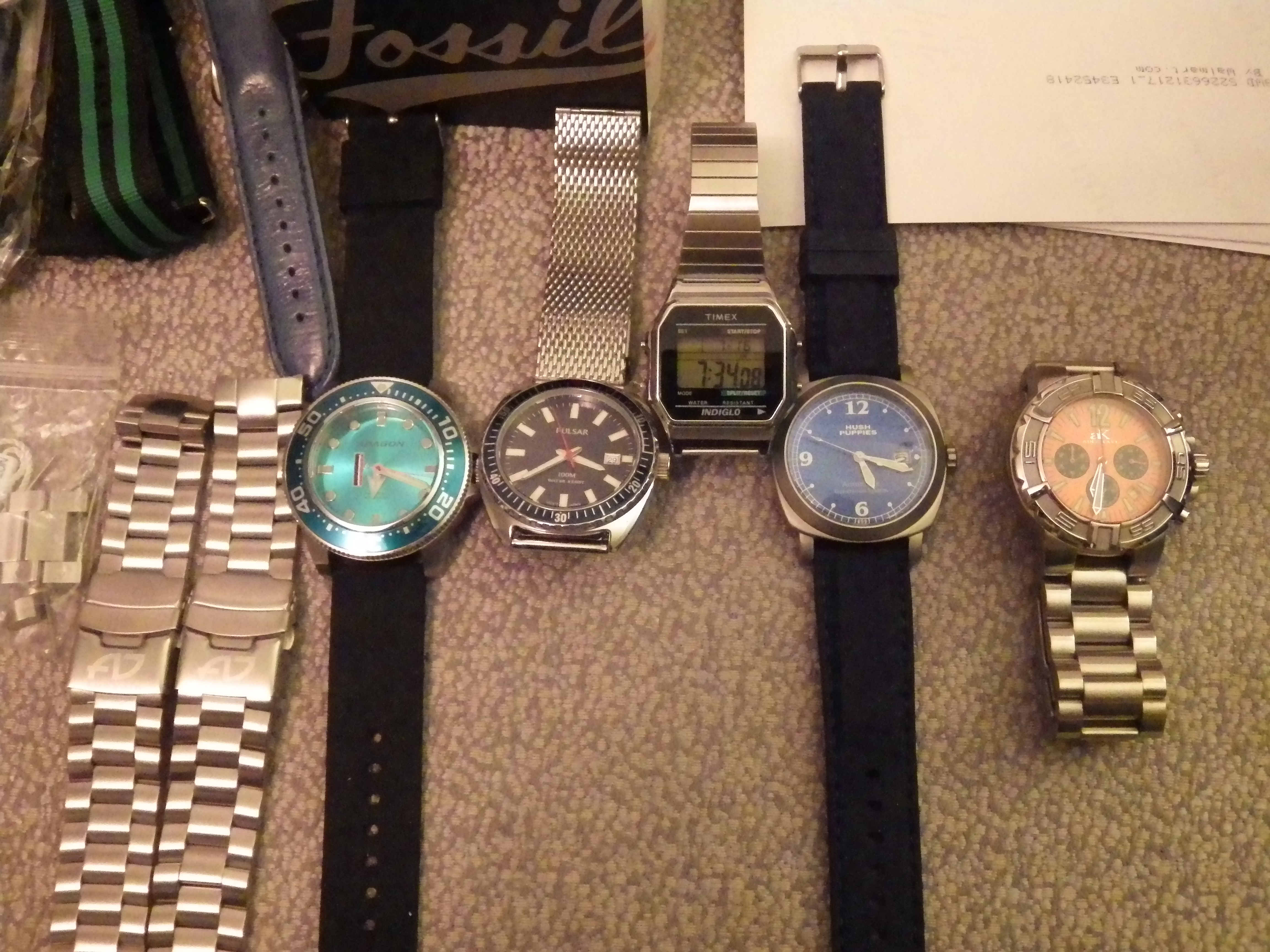 “Jewelry isn’t really my thing, but I’ve always got my eye on people’s watches.” – Clive Owen

Now that is a fun Karma lot! Well deserved and well done. John’s gonna be rolling in so much karma he should buy lottery tickets.

Holy crap! Absolutely fandamntastic.
"Courage is knowing it might hurt, and doing it anyway. Stupidity is the same. And that's why life is hard."-Jeremy Goldberg

These Karma giveaways make this thing of ours the best hobby to be involved with. Congrats T.
John, thanks for your generosity, it will come back ten fold.

Thanks for the kind comments everyone.... Enjoy TB!