I was doing a little Christmas shopping online, and found this little beauty at Joma as a doorbuster: 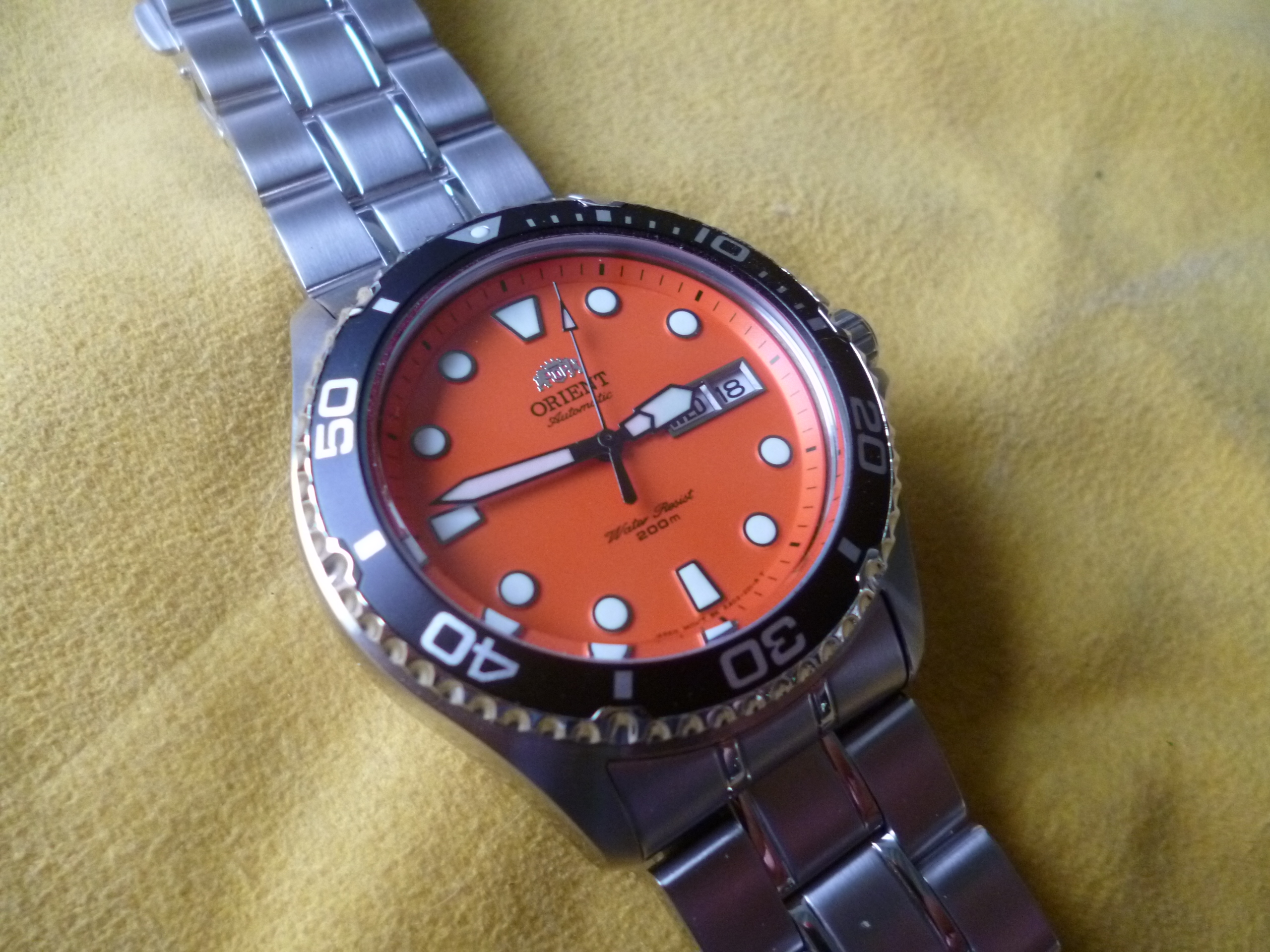 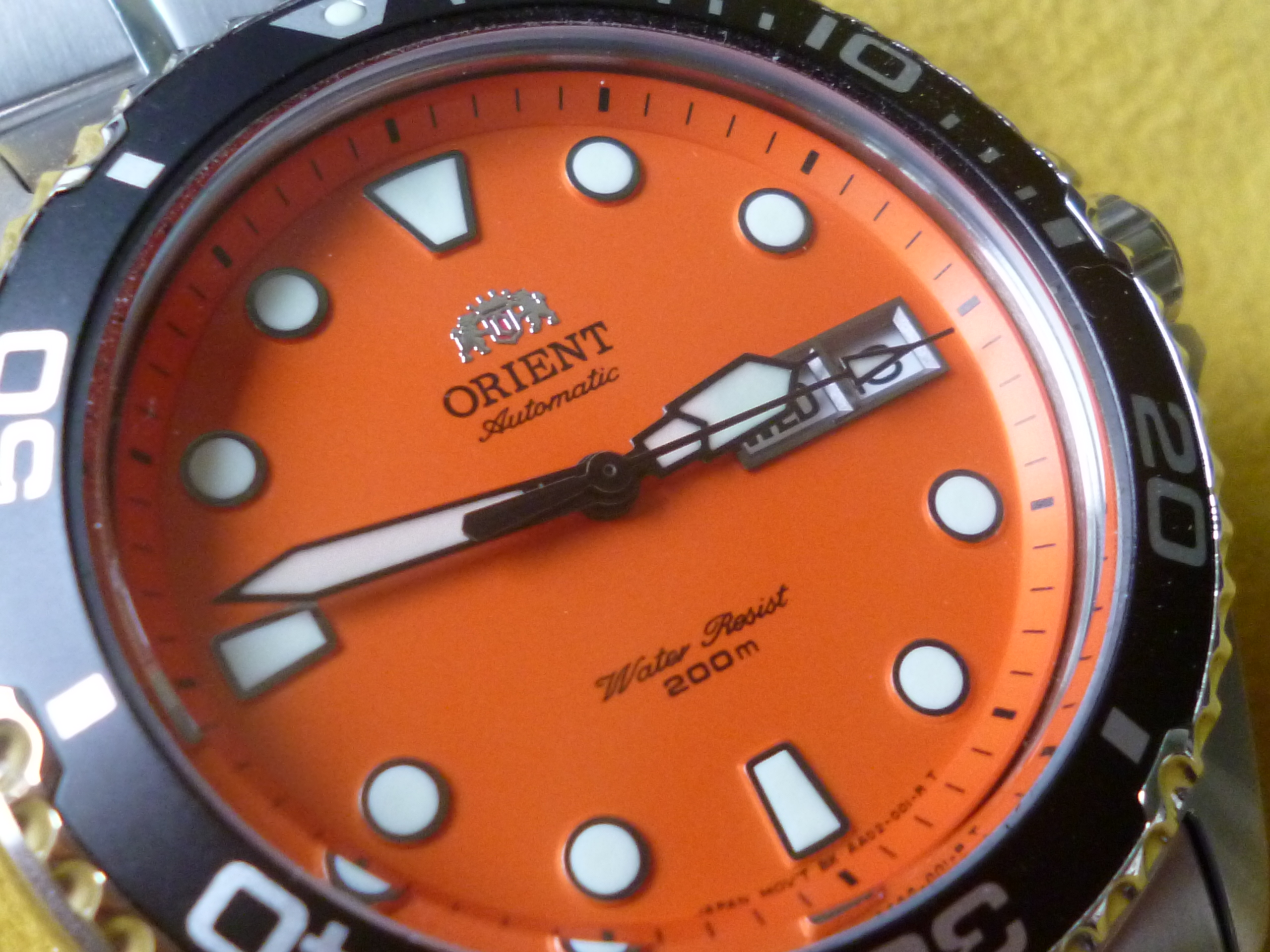 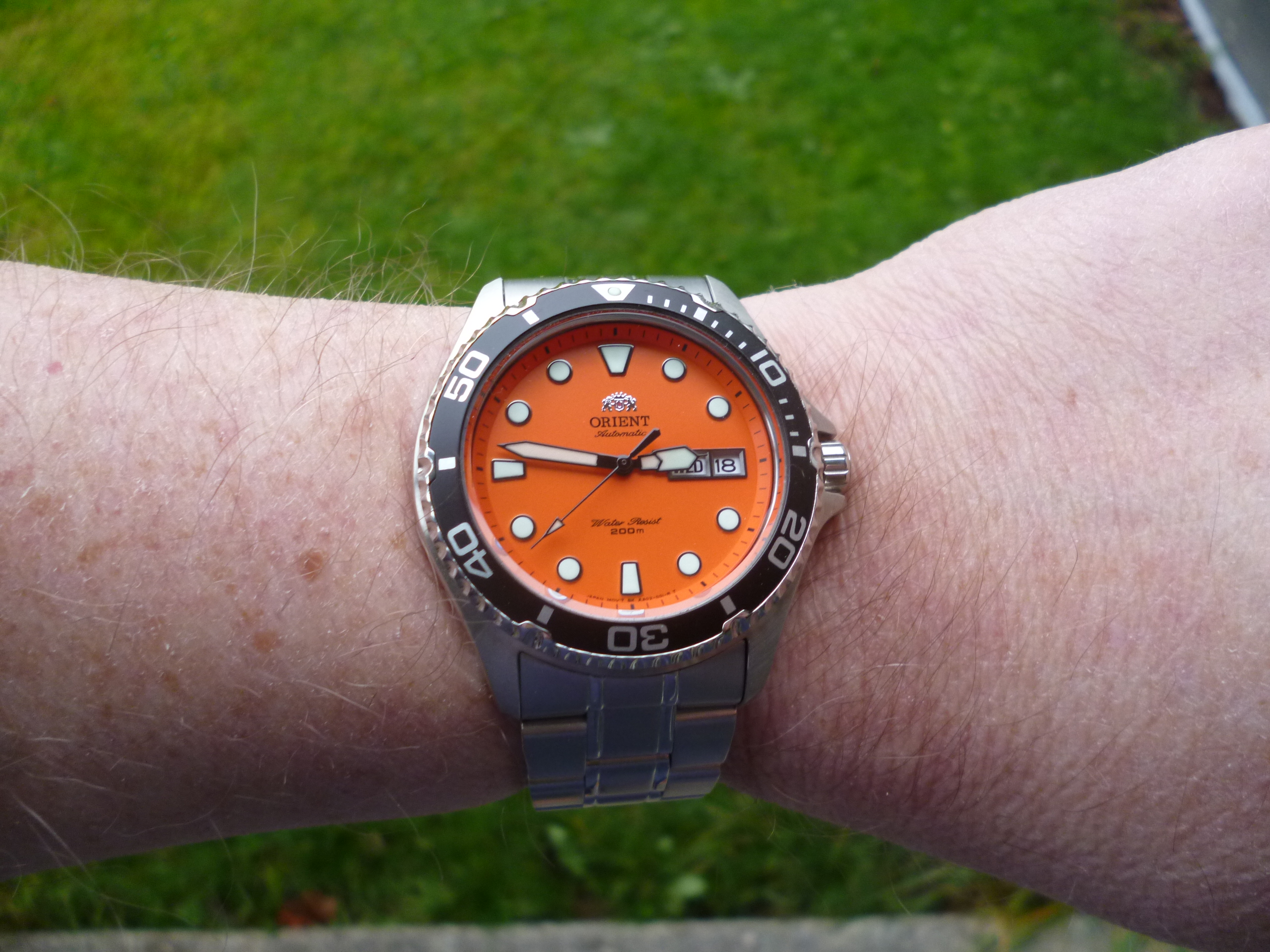 A very pretty Orient Ray. I've owned a couple of these (including Makos) in the past, but with this one Orient takes a bold step into the 20th Century with a new hacking, handwinding movement. Also, orange is the bestest colourway to read under water, which Carl has so elegantly stated!!

Haven’t tried the newer hacking movement. Nice looking other than it’s the worstest Orange ever!

The new F69 movement is very good; it makes the watch feel a little more modern and slightly more refined than the old shake 'n bake movement. Also, the new movement (at least in the one I got) is far more accurate, running just two or three seconds fast a day.

It's kind of easy to overlook the new Ray/Mako models, since most of the horological lumpen tend to focus on these (and the appallingly named Bambino) as the beginning and end of Orient, while most of the rest of us have moved on to Orient Star or other mid-range brands. But there is so much value to be found here, and so much fun, for about the cost of what you'd pay to fill up a big SUV with premium gas, that the Ray rules.
Post Reply
4 posts • Page 1 of 1