Keep an Eye on Disney Watches
18

Time might be fleeting, but some timepieces are eternal – including the iconic Mickey Mouse wristwatch. When the first Mickey watches were introduced in 1933, they became an instant sensation and are credited with saving the Ingersoll-Waterbury watch company from bankruptcy. These days they form the treasured centerpieces of many a Disney collection. While the very first Mickey watches originally retailed just for $1.50 for the pocket model and $3.75 for a wristwatch, these earliest models are now hotly sought-after collectibles with auction prices to match.

“The really valuable Disney watches are from the 1930s, dating from the first version in May 1933,” explains Disney Archivist Emeritus Dave Smith. “Mickey Mouse had a huge following in the 1930s, and he is still popular today. The first Mickey watches were a novelty, and were thus immediately popular. That popularity waned in mid-century, but then by the early 1970s the watches had become popular again, and for the first time adults were wearing them too. Many of these adults were those who had fond memories of their childhood watches. It was all part of a wave of nostalgia which swept the country beginning in the late 1960s.”


Yes, I had a Mickey Mouse watch, the postwar version with no second hand, with a rectangular face and red vinyl wristband. It was a prized possession!”

While the very vintage watches might be the crown jewels of a Disney watch collection, acquiring your own timepieces doesn’t have to break the bank. Every decade has seen new designs and styles added to the Mickey watch legacy, and dozens are in production today — there are pieces to fit every budget and taste. Some collectors specialize in limited-editions with various themes, while others like historic reproductions like this replica of a 1930s Ingersoll (complete with an original-design box!) or up-to-the-minute fashion pieces like this sparkling contemporary ceramic watch.

While some Disney watches might skyrocket in value over time, there are no guarantees. Dave cautions, “Today’s watches may become valuable, if we wait decades. But, generally, one never knows. Mickey watches were not ‘collected’ in the 1930s; they were worn by kids. They became valuable not only because they were low-priced and attractively designed, but because few people saved them when they grew up. It is often the things of today that no one is saving that will be the collectibles of the future.” The value of a piece that you love and enjoy, of course, can’t be measured in money.

Mickey watches are whimsical, beautiful, and practical all at once – a piece of Disneyana that you can wear anywhere (even, as one astronaut has done, to the moon!). No wonder these watches become timeless collectibles. 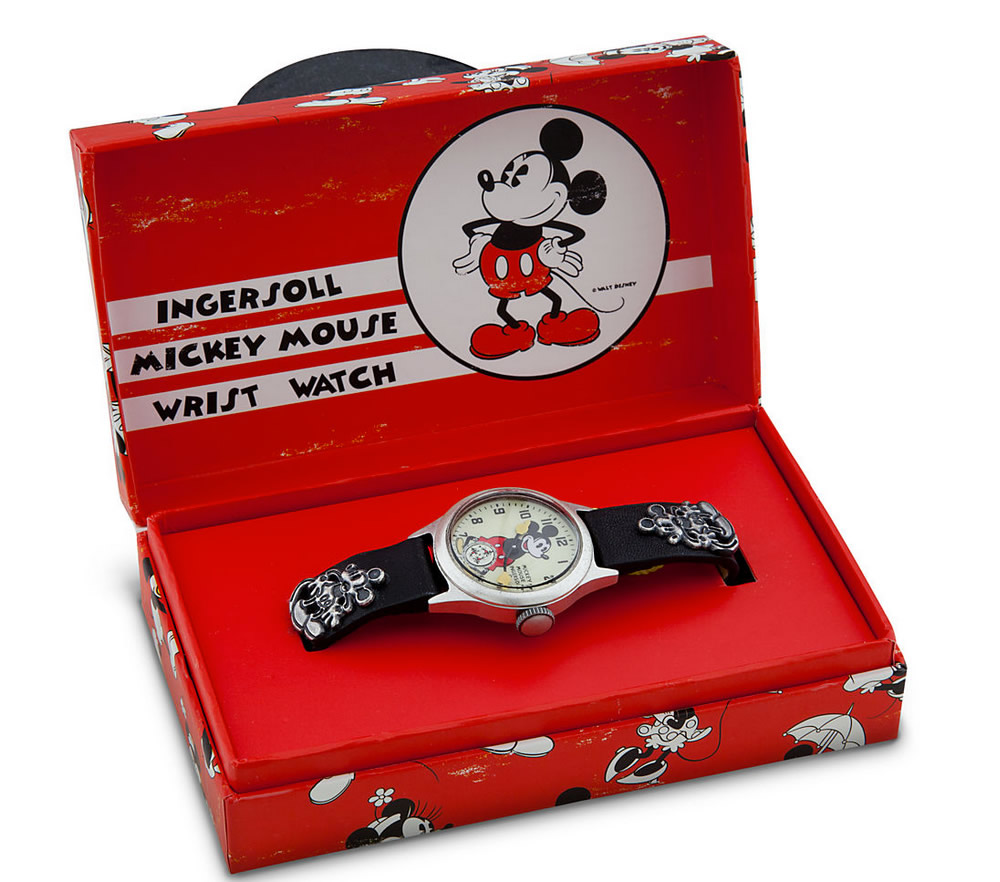 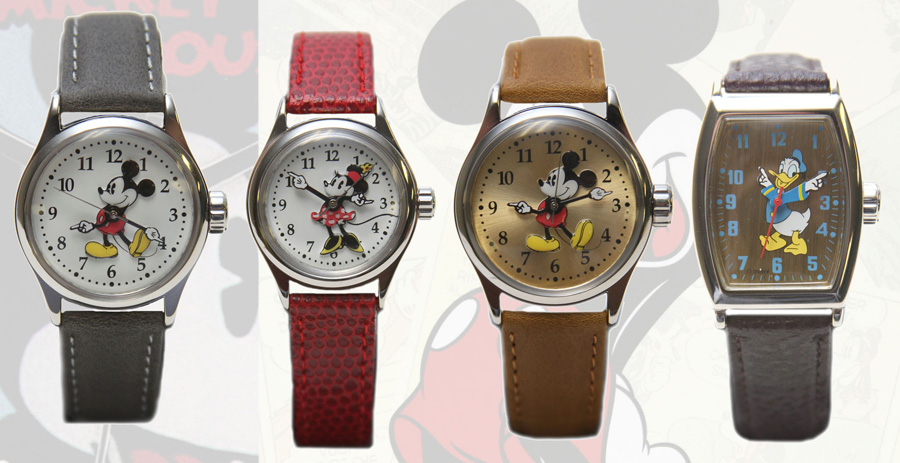 My favorite Disney watches are from Gerald Genta: 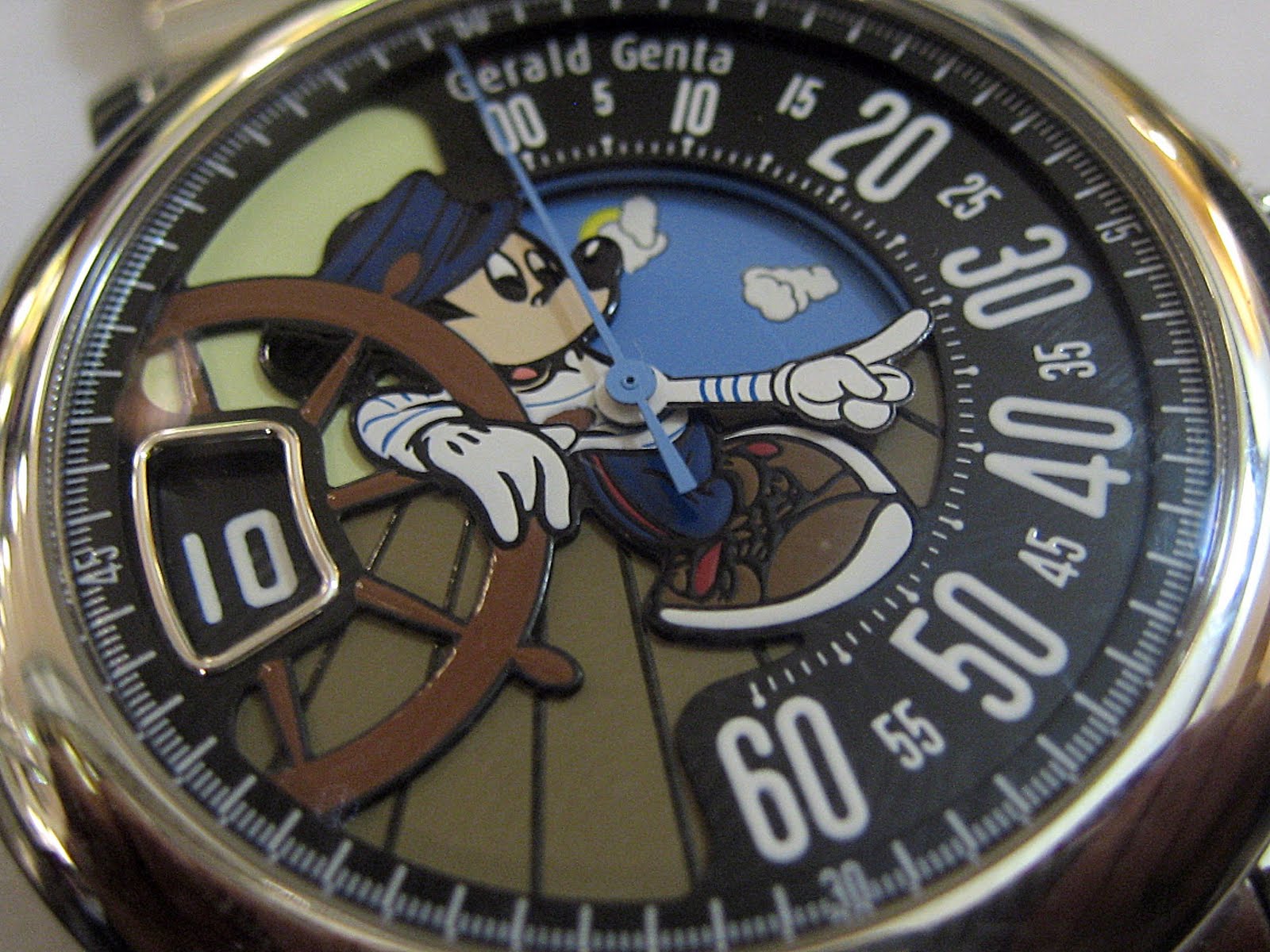 For the love of Mickey Mouse.

Have never been a Disney fan.
"Courage is knowing it might hurt, and doing it anyway. Stupidity is the same. And that's why life is hard."-Jeremy Goldberg

That is just flat out cool. Very interesting, I never knew Genta was involved in a Disney watch.
It's easier to fool people than to convince them that they have been fooled.
Post Reply
5 posts • Page 1 of 1