Pics and Impressions of the Red Rover

Pics and Impressions of the Red Rover

(First posted at WLs today regarding the most recent pass-along watch, named the Red Rover.)

So, I've had RR for a few weeks now, and worn it a few times (alas, with no real adventures attached.)

Officially called the Marlin Automatic by Timex, the RR is 40mm across, 42mm with crown, 48mm lug to lug, with 20mm lug width. Thickness is a bit over 13mm, making the RR very wearable. So far, so good. The crystal is (I suppose) mineral, and highly domed, going with the retro-throwback vibe of the watch. Also keeping the retro look is a pretty well finished case, in all polished, made of stainless steel. I wore the RR with the supplied aftermarket Barton rallye strap, which is of fine quality (I'm going to keep this brand in mind for future watches.)

The dial is a very cool burgundy, that looks almost black in dimmer light. The hands and markers are of good length and the dial, at least with some light, is pretty legible. Also commendable is the lack of text on the dial, appropriate because this is really more of a dress watch. 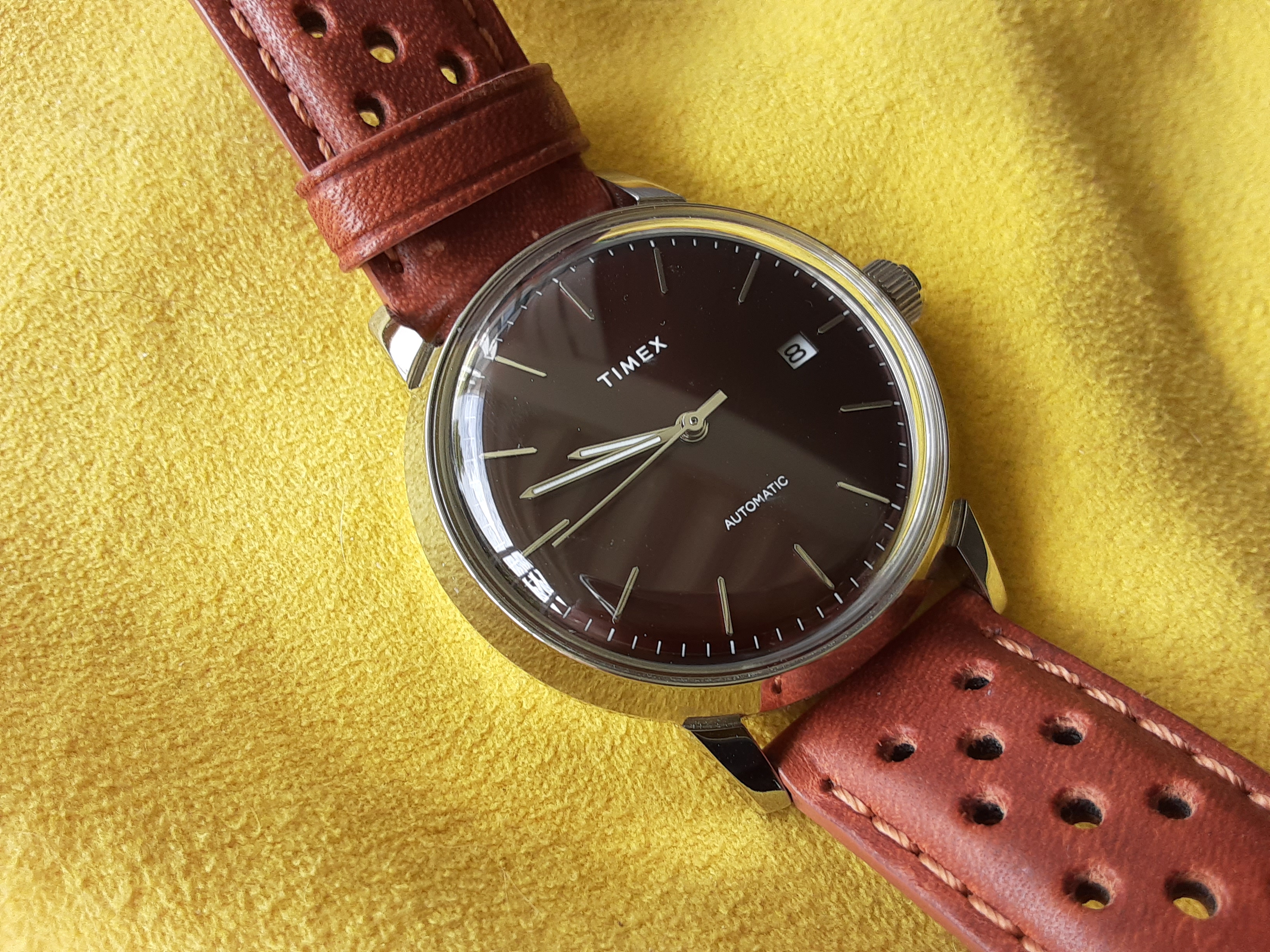 When we get inside the RR is where things begin to slip; the movement is Citizen Miyota's 8215, a somewhat antique auto that's so old it may well have served dishes at the Last Supper. 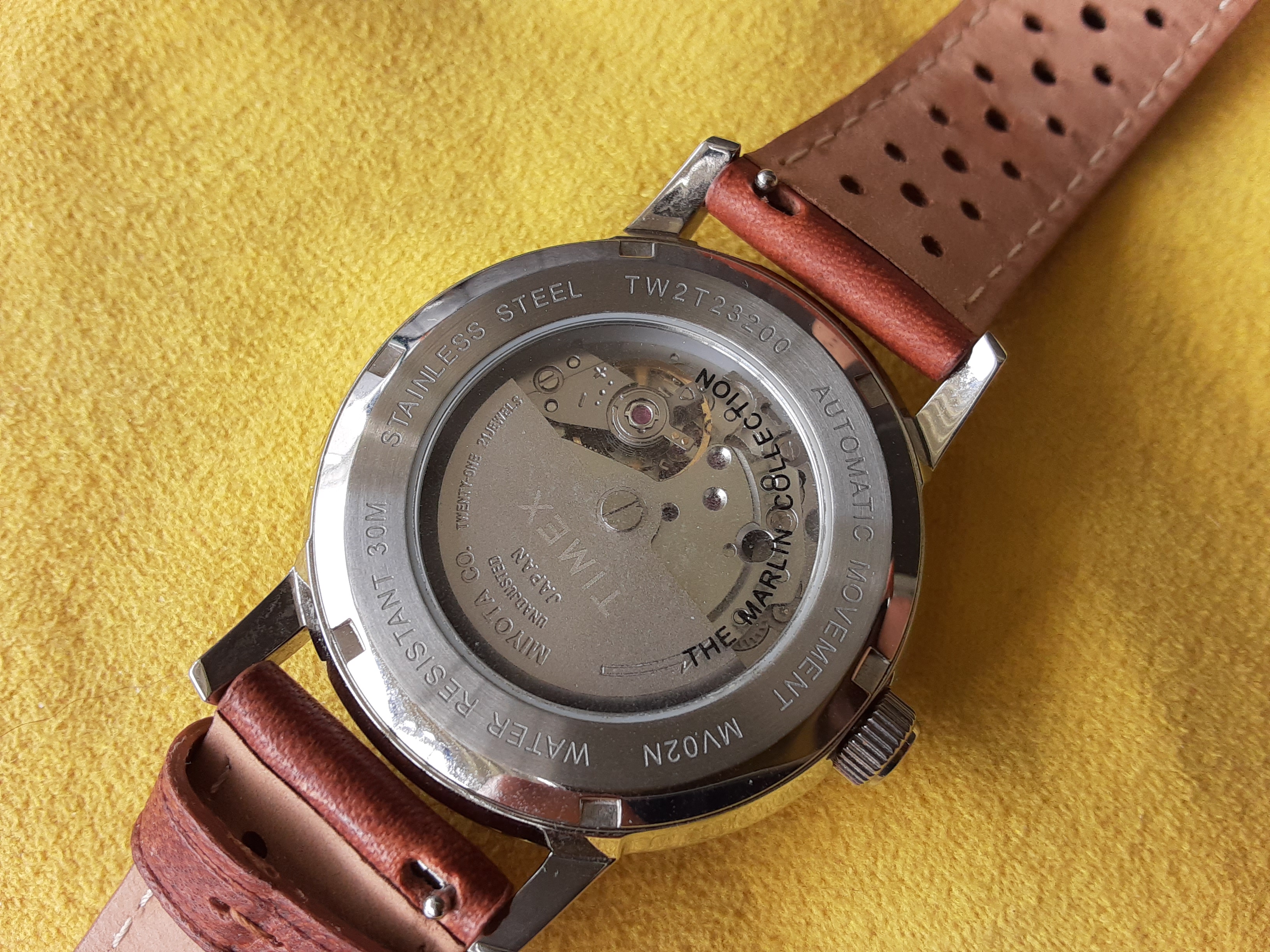 Now, there's really nothing wrong with the Miyota; it does the job, but lacks hacking, which pretty much every other modern movement provides. The rotor's very noisy, and the keyless works are gritty and stiff. I honestly thought that these movements had fallen off the market, since I hadn't seen one in years (the newer 90 series from Miyota is a very fine movement indeed.) I hadn't checked for accuracy of the RR, but 8215's can be well adjusted and timed.

Overall, the RR wears nice and looks pretty good on the wrist: 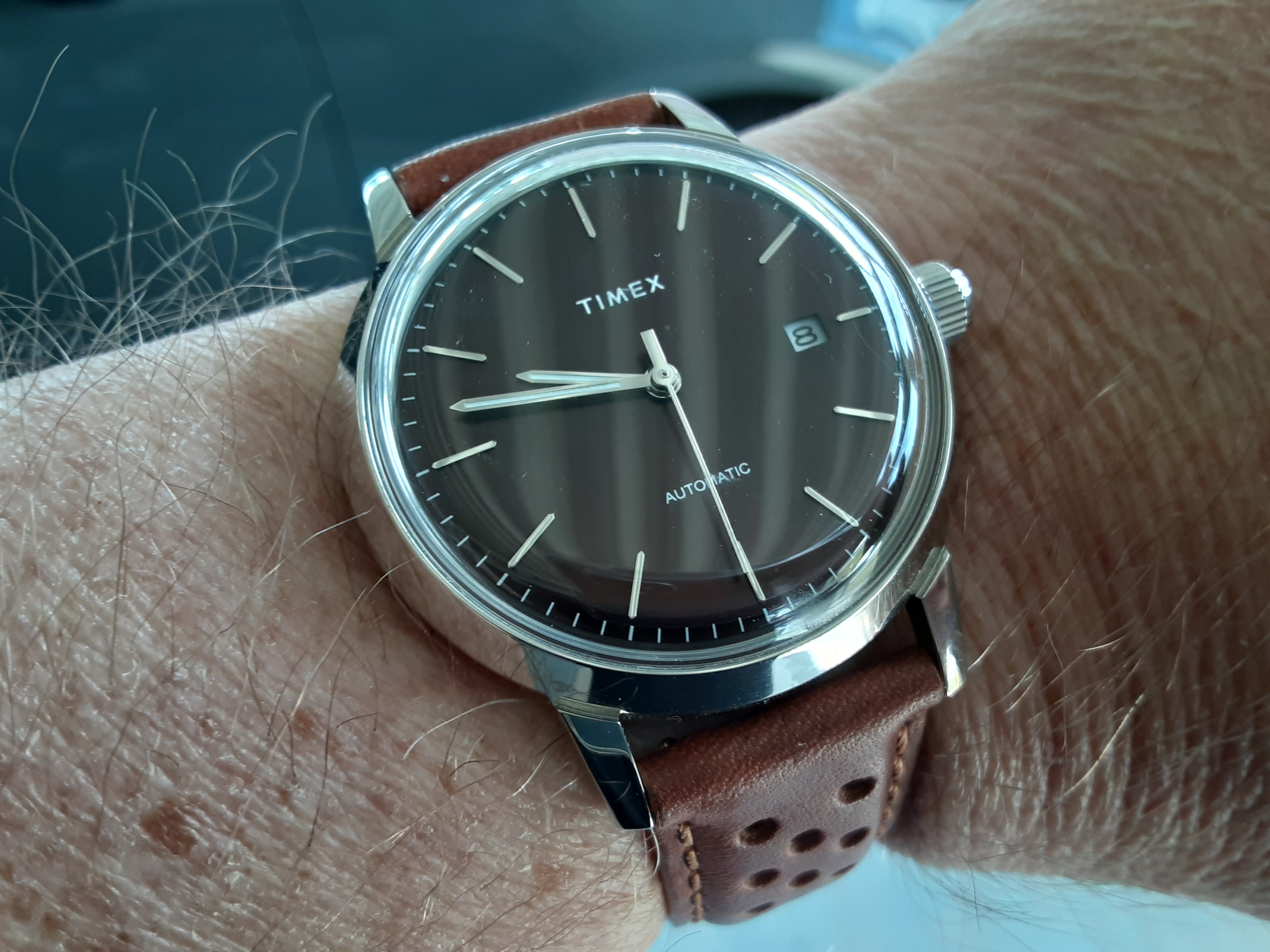 I'm really on the fence with this watch; I know there are a lot of Timex fans here, and I get the whole nostalgia thing. Back in the Olde Dayes, a lot of us had a Timex for a first watch. Back then, of course, Timex's were made in the USA, and they could take a licking and keep on ticking. I suppose (I don't know for a fact) that the RR is Chinese made, and here comes the issue I've really got with it:

This is, I think, absurd; I can buy nearly two Orient Bambinos for the price of one RR; and the Orient is, well, a whole lot more of a watch, with a modern (kinda) Orient manufacture movement, from an actual company that's been around since 1950. You could probably find (I didn't bother searching) all sorts of dress watches with Sea Gull or Seiko automatic movements, bunged together in China, for under a hundred bucks. The only reason I can see that the RR costs $250 is because it's got TIMEX on the dial, whatever that means today. And the whole idea of Timex when it was a real American company is that it was everyman's watch, a watch that pretty much anybody could afford. Turning it into a somewhat weird luxury brand and grossly overcharging for it is a little slaphappy.

So, overall, the RR isn't a bad watch--indeed, it would be a good way to introduce people into This Thing of Ours, as Alain attempted to do with this very watch. But it isn't great, not by a longshot.

Harkening back to the 50s and 60s can make us happy; life was simpler, cars were cooler, and Carrot Top hadn't been born yet. But we also had Jim Crow and Polio.

This was a tough review to write, and I certainly hope I haven't offended the Timex fans here. The Red Rover is OK, and if wearing one makes you feel good, then there's nothing wrong with that. Time to move it along. 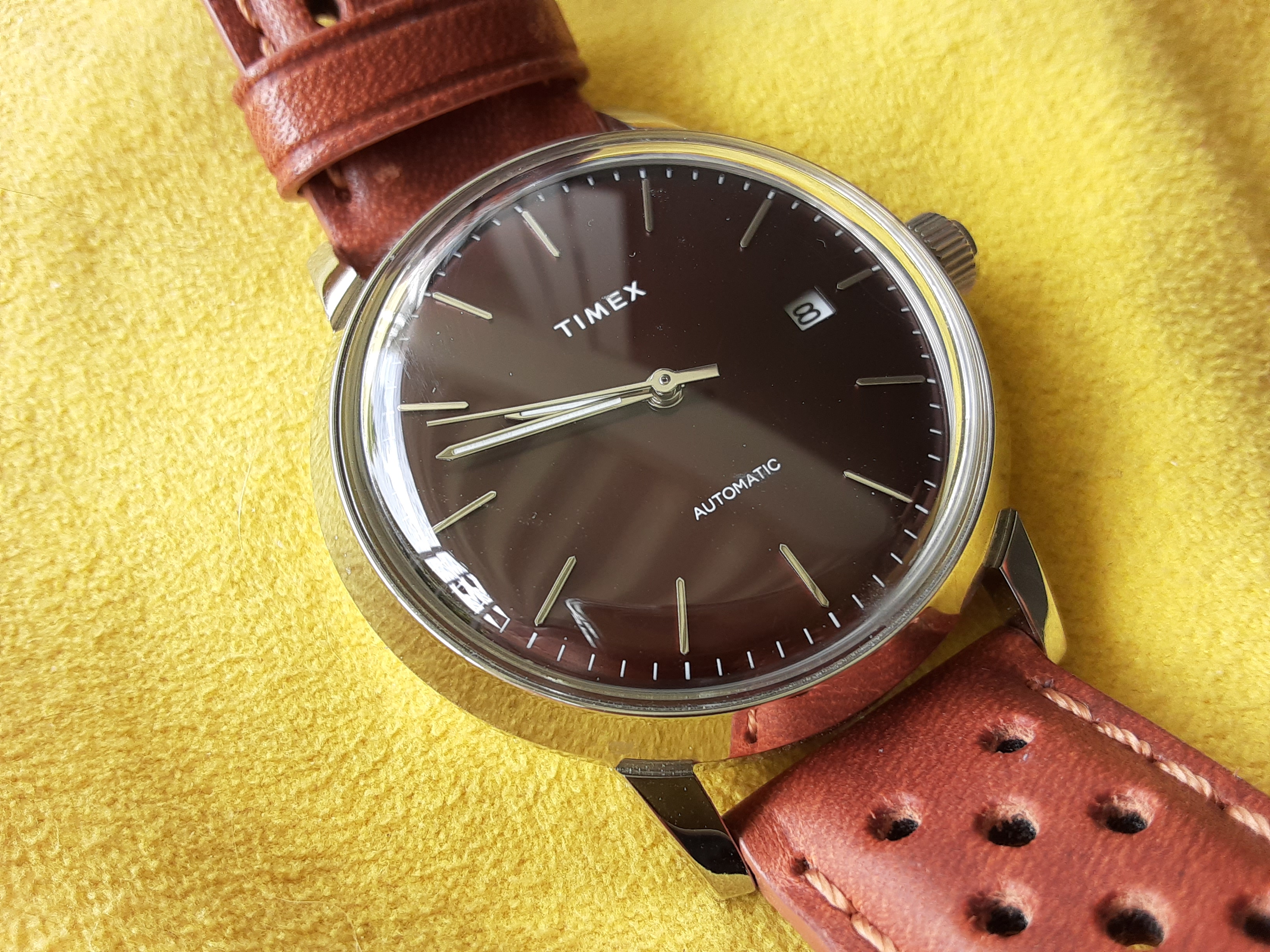 Good, honest review.
Agree with your comments on the Bambino.
I was surprised that this had the old Miyota.

I have owned the red and the green versions as well as the Q when was released. And have sold them all.

Not that they were bad watches, they looked fantastic but just weren’t my thing.

Timex is definitely making bank off the current US retro craze. And you are very much correct that one can have a watch of equal or better quality from numerous Chinese watch companies as well as Orient.

Is the RR worth the cost of two Mako II Orients? Nope.
"Courage is knowing it might hurt, and doing it anyway. Stupidity is the same. And that's why life is hard."-Jeremy Goldberg

All I'll express is this: I have two Croton watches with 8215s, and I've never paid more than $40 for Croton, and that was more than 14 years ago.
“Jewelry isn’t really my thing, but I’ve always got my eye on people’s watches.” – Clive Owen

Looks good, but you're right overpriced. I'd rather have the 2 Orients any day.
Post Reply
6 posts • Page 1 of 1