I got to handle a couple of these awhile back not too bad for 200 or less. Thought of Ed Hardy and Swatch when I saw them (my guess it's a lovechild). Think it is a funky watch. One of them reminds me of Mort's old avatar. Not sure of much more than that when I was looking for info. Pics from Bing

MJW history
Mr Jones Watches do more than just tell the time. We believe that now everyone carries a cellphone, the watch is liberated from it's purely functional role and can carry some new messages and behaviors.

"I have an undergraduate degree in sculpture and later graduated from the Royal College of Art with a Masters in Computer Related Design (2000). After graduating I combined my fine art background with some of the skills and tools I'd learnt as an Interaction Designer. I worked on producing one-off pieces for exhibitions that sought to explore interesting aspects of our relationship and dependence on technology [this work is all archived at mr-jones.org].

I was initially drawn to the wristwatch as a great technological survivor. Very little technology that was developed hundred of years ago is still considered mainstream (and even less so with wearable technology which tends to have an extremely short shelf-life). In 2006 I produced a set of seven watches that sought to undermine the idea of the watch as a status symbol and also explored some alternative ways of displaying the time. These watches were shown in various exhibitions in Europe and Japan, but I was frustrated that they didn't reach a wider audience.

I decided to explore how easy or difficult it would be to manufacture a small batch of watches that I could retail. I began by emailing every watch factory I could find with a list of questions, when they replied I followed up with more questions. Pretty rapidly there was only one factory that was replying to my emails, who could produce to the quality I wanted and also did not have prohibitive minimum orders. For the first batch of watches I produced five designs, each available in an edition of 100 pieces.

The first series of watches was released in summer 2007, but the autumn of that year (and somewhat to my surprise) several of the limited edition designs had sold out. I thought that this would simply mean that people purchased the designs that remained in stock, however slightly to my dismay they kept asking about the sold-out models. I decided to reissue the most popular sold-out models, with a slightly modified design to differentiate them from the limited edition versions.

Reflecting on this it seemed that this was a sensible way to develop our range and it is the model we continue to follow: each year we release four or five designs as Limited Editions of 100 pieces. The models that sell most strongly we reissue as part of our permanent collection (always with a modification to the design to differentiate them from the original edition)."
Posted by mister.jones 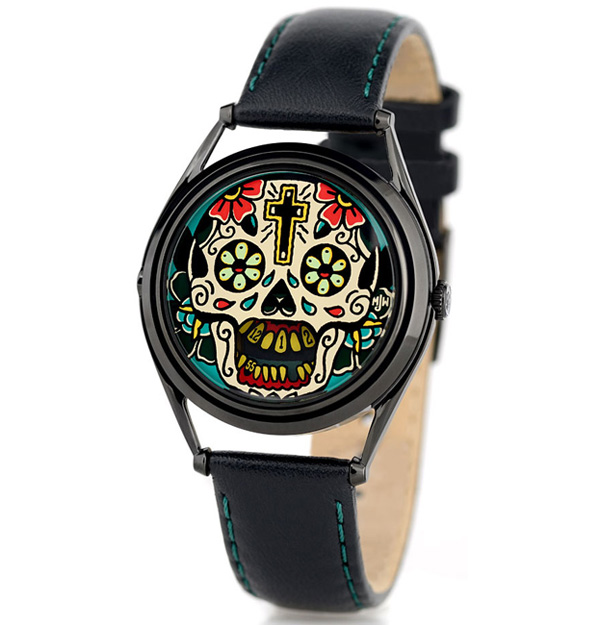